TL;DR: Use slash commands. Text commands are being phased out by Discord.

At the end of August 2022, Discord is going to forbid almost all verified bots from reading message contents. One of the bots affected by this change is Crom. To prepare users for this change, you are no longer able to trigger Crom using text prefixes like crom au or ?? 173. 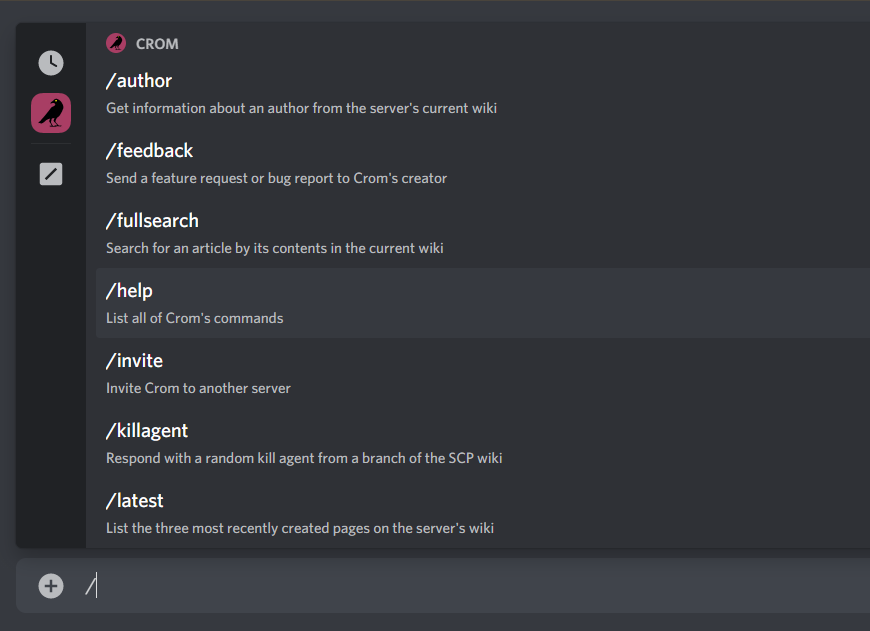 Many commands have an optional argument called wiki to fetch from a wiki other than the server's default. Optional arguments can be entered by pressing their name in the "Options" panel. 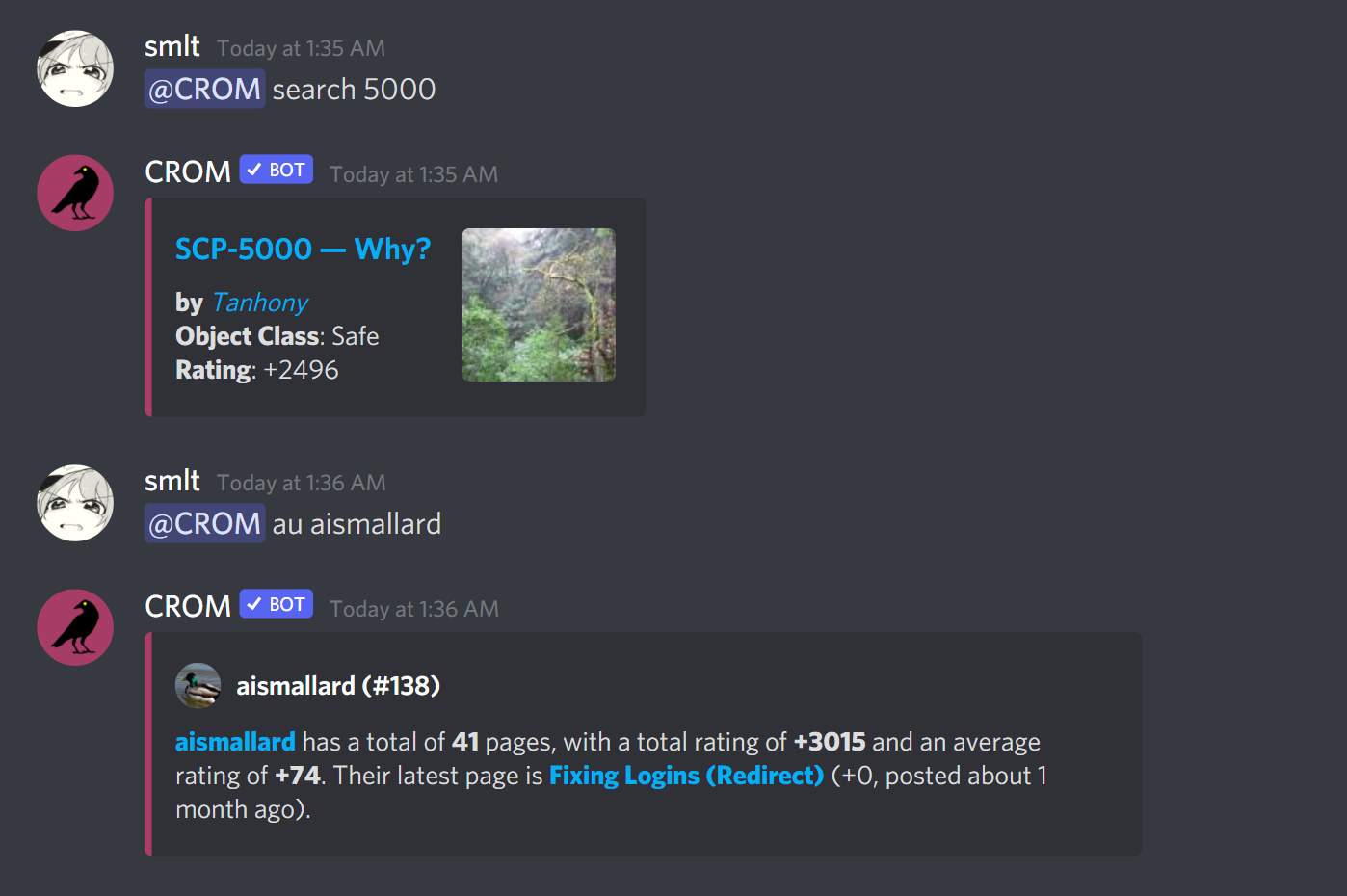 As a short-term alternative, Crom also supports text-style commands that start with a bot mention. This syntax will stop working at the end of September 2022.

Why did you remove text commands?

It's a decision that comes from Discord. At the end of August 2022, Discord blocked Crom from reading message text entirely.

Why did you do this a month before you had to?

Switching command syntaxes is hard! Making this change early gave me the ability to alert users when they type in a text command. If I waited until the end of August, Crom would've simply stop responding to text commands, and it would've seemed like the bot was broken.

As of August 2022, Crom no longer warns users when text commands are used.

How do I manage permissions for slash commands?